Jenny Hatch, woman with Down syndrome, can live with friends 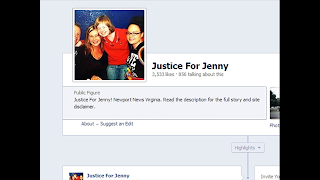 from USA Today:
A 29-year-old Virginia woman with Down syndrome has prevailed over her parents in a guardianship case that allows her to live with her friends instead of in a group home.Margaret Jean "Jenny" Hatch has been fighting for nearly a year for the right to move in with friends, couple Jim Talbert and Kelly Morris, who employed her at their thrift shop.
Hatch's mother, Julia Ross, and stepfather, Richard Ross, filed for guardianship against her wishes. The Rosses argue Hatch needs the support and safety of a group home.
In their request for guardianship, Hatch's mother and stepfather asked for the right to decide where she lives, what medical treatment she receives and who she can see. They believed the group home setting offered the safest environment, The Washington Post reports.
On Friday, Newport News, Va., Circuit Judge David Pugh ruled that Hatch is incapable of being independent and requires a legal guardian for her care, but that he must consider her wishes regarding whom her guardian should be.
The judge gave Talbert and Morris custody of Hatch for the next year, a victory for disability advocates.
After the hearing, an elated Hatch called Talbert and Morris her "family" and said it was great to be going "home" with them, the Daily Press in Hampton Roads, Va., reports.
During court proceedings, Hatch sat on the opposite side of the room from her parents, next to Talbert and Morris. Behind Hatch sat more than a dozen supporters from the Hampton Roads area, several with the words "Justice for Jenny" written on T-shirts and bracelets, The Washington Post reports.
Facebook group Justice for Jenny has more than 3,500 likes.
Susan Mizner, disability counsel for the American Civil Liberties Union, said, "This decision is a big step in the right direction. ... Guardianship raises grave concerns because it strips people of their fundamental right to live with independence, freedom and dignity. Disability is no excuse to deprive someone of her basic civil liberties, and we are thrilled that Jenny will get some control of her life back."
Contributing: The Associated Press
Follow reporter Natalie DiBlasio on Twitter at @ndiblasio.
Posted by DSD at 4:38 PM