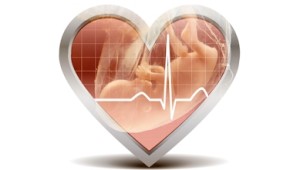 from Live Action News by Lauren Enriquez:
Why would a heartbeat not be considered life? It makes so much sense. These are the simple words of Rep. Bette Grande (R-Fargo), a North Dakota legislator who aligns common sense with legislation. This combination of logic and law tends to be avoided by the pro-abortion counterpart, as a quote from Elissa Berger of the ACLU attests: [W]e should be able to agree that this personal decision is best made by a woman and her family, not politicians.
This overused soundbite from the abortion lobby affirms the disconnect between common sense and legislation: does abortion affect one life or two? Two. So shouldn’t the abortion decision take into consideration both of the lives affected by it?
As a result of the hard work of commonsense legislators like Rep. Grande, North Dakota has installed legislation that protects pre-born children whose fetal heartbeat can be detected. This means that the right to life of pre-born children as young as – wait for it – five or six weeks’ gestation are now protected by North Dakota state law.
There is still work to be done, of course: pro-lifers won’t rest until all life is protected by law. But this breakthrough in North Dakota is certainly laudable progress, and it may serve as a catalyst for the more stringent laws needed to protect life beginning at fertilization.
As if this were not cause enough for celebration, North Dakota’s heartbeat legislation passed in the Senate on Friday alongside another phenomenal bill that will add unprecedented protections to genetically unique pre-born children, such as those with Down syndrome. The bill, also sponsored by Rep. Grande, is similar to bans on sex-selection abortion. It prevents pre-born children from receiving a death sentence based solely on an undesirable abnormality.
Rep. Grande does not mince words when addressing the rekindled phenomenon of eliminating genetically “abnormal” children arbitrarily. In a poignant but accurate comparison, she observed:


It takes you back to Hitler, and we know where that went. He started going after those with abnormalities, and I think it’s an absurdity we would go back to that kind of thing.

These two piece of legislation will make their last stop at Governor Dalrymple’s desk. The leader has indicated that he will sign the bills into law. We hope and pray for that day, and we applaud North Dakota for its daring efforts in the face of opposition.
Posted by DSD at 11:47 AM