Mom, daughters charged with starving family member with Down syndrome to death 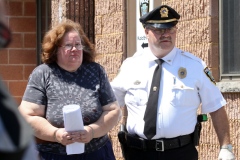