Concern over high incidence of Down syndrome in UAE 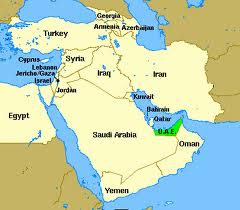 By Samir Salama, Associate Editor from Gulf News.com:
FNC members ask for incidence of Down syndrome to be cut down.

Abu Dhabi: Action must be taken to cut the high incidence of Down syndrome among Emiratis, which is double the global average and higher than the incidence in other GCC members, the Federal National Council told the government yesterday (Tuesday).
Dr. Amal Abdullah Al Qubaisi, a member from Abu Dhabi, asked Abdul Rahman Al Owais, Minister of Health, why the incidence of Down syndrome, a chromosomal condition which affects physical and mental development, among Emiratis is twice the world average and what action the ministry has taken to address the issue.
“How can the Ministry of Health explain this extremely high incidence of Down syndrome among Emiratis [one in every 319 births], compared to Oman [one in every 500 births], Qatar [one in every 546 births], Saudi Arabia [one in every 554 births] and Kuwait [one in every 581 births],” Dr Amal asked.
The condition is associated with delayed growth, joint laxity and incomplete organ formation, mostly of the heart.
The incidence of Down syndrome among Emiratis in Dubai is one in every 320 births, higher than the world average of one in every 800 births, according to data released in March by the Centre for Arab Genomic Studies.
Dr. Amal questioned the ministry’s coordination with other competent authorities, including the Ministry of Social Affairs, demanding utmost care be given to Down syndrome patients and their families. Dr. Amal also urged the Ministry of Health to set up specialised clinics in every emirate, providing free of charge medical services and reduce the charge for rehabilitation sessions to not more than Dh150 a session.
Dr. Amal said as many as 938 students in the UAE were patients with Down syndrome and asked Al Owais what was the total number of patients with Down syndrome in the country.
The Minister of Health said the global average was now one in every 600 births, pointing out that the incidence had grown with increased maternal age and high number of children.
He reviewed the ministry’s efforts including pre-marital examination for would-be couples and marital medical services. Al Owais called for concerted efforts to better educate members of the public about the condition.
Hamad Al Rahoumi, a member from Dubai, asked Al Owais about the possibility of opening clinics for Quranic healing.
But Al Owais said the Ministry of Health has nothing to do with faith healing.
Al Rahoumi said preventing imams from practising Quranic healing has led people to turn to sorcerers.
Posted by DSD at 10:30 AM