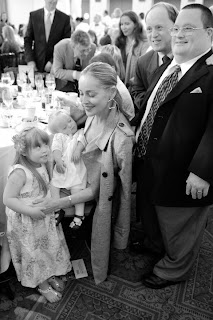 Sharon Stone as the keynote speaker and presented the 2011 NDSS Luncheon Honoree Award to Jagatjoti S. Khalsa for his extraordinary work in the book I’m Down with You (www.imdownwithyou.com), which seeks to capture the beautiful lives and faces of people living with Down syndrome in the United States.

Sharon Stone spoke about her passion and commitment in raising awareness for Down syndrome and the need to further educate the general public about the advancements and achievements being made by people with Down syndrome. Her dear family friend, Jim Burkhart, came out to support her. Sharon used to babysit Jim many years ago and they’ve remained close friends since.

Over 250 guests were in attendance. The event was emceed by CBS Early Show CO-Anchor Chris Wragge.
Posted by Rick at 11:51 PM