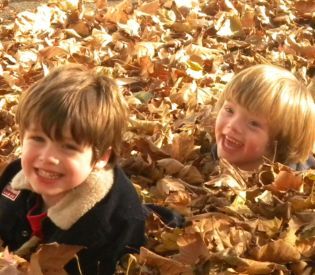 from The Boston Herald by Tenley Woodman:

Before last Tuesday, Ryan Langston was a 6-year-old boy with Down syndrome.

But after his modeling shots in a Target catalog went viral, he’s become a source of inspiration for families with children with disabilities.

“We are very happy and proud that Ryan is being such a wonderful face for kids with Down syndrome and we think he’s a great little ambassador,” Ryan’s mother, Amanda Langston, told the Herald last week from the family’s home in northern New Jersey.
The Langstons — Jim, Amanda and Ryan’s fraternal twin brother, Ian — said they have been overwhelmed with the outpouring of interest and support generated by Dallas-based daddy blogger Rick Smith’s post “Target Is ‘Down’ With Down Syndrome: 5 Things Target Said By Saying Nothing At All.”

Author of http://www.noahsdad.com/, a blog chronicling the life of his 11-month-old son with Down syndrome, Smith said traffic to the site was so heavy he had to get a new server to handle the scores of people posting words of encouragement and sharing stories about loved ones with the disorder on the comment board.

“It validates what we do,” Smith said.

Boston-area parents of children with Down syndrome are overjoyed with the response.

“I almost feel like it is a battle cry received,” said Wendy Agudelo, 42, of North Andover, mother to 6-year-old Abigail.

“With this ad campaign it says, ‘We see that these kids are just the same,’ ” Agudelo said.

Ryan isn’t the only child with Down syndrome making a splash in the modeling world.

Matthew Mammano, 11, of Holbrook, a model with Boston-based Model Club Inc., has appeared in Houghton Mifflin textbooks, special-needs toy catalogs and even on “Sesame Street.”

“He’s a ham. He loves it,” said his mom Michelle Santone. “I wish there was more work for these kids.”

Tim Ayers, director of Model Club, said the industry is becoming more inclusive, but still has a way to go.

Chelmsford mother Maura Fitzpatrick, 41, was rebuffed by a local agency when she tried to find work for her 9-year-old daughter, Amanda Russo, who has Down syndrome.

“They wrote me back and said they didn’t think there was a market for kids with disabilities. That sent me on a rampage,” Fitzpatrick said.


A Manhattan-based modeling group thought otherwise, and Amanda was chosen for a Parents magazine shoot.

“Toys R Us has always included handicapped kids in their print media. I wish we saw more of it,” Fitzpatrick said.
Posted by Rick at 8:00 AM