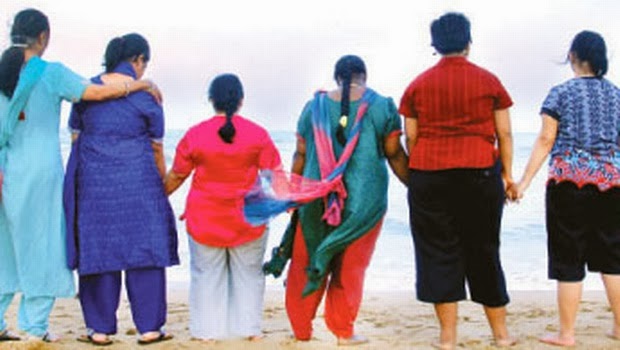 By Shyama Krishna Kumar from The New Indian Express:
It is a proud moment for director Pavitra Chalam and her team as her film Indelible has made it to DocWeek 2014, a film festival to be held in Adelaide, Australia on March 6.
The team is currently in Australia promoting their feature length documentary. The story of seven people living with Down’s Syndrome, a genetic disorder caused by an extra chromosome that leads to developmental delays and mild to moderate intellectual disability, the 60 minute documentary is a testimony to their courage and indomitable spirit.
“In 2010 I made a film called Khushboo which dealt with children with complex needs. Making this film brought to fore the kind of injustice and ignorance all of us harbour against people with special needs. It’s something I’ve been quite passionate about and Down’s syndrome has also been ignored like almost everything else that comes within the same purview,” explains Pavitra Chalam.
The idea for the film finally materialised when Pavitra met the Director of the Down’s Syndrome Federation (DSF) of India in Chennai (where the film was also shot subsequently). It was here she realised that a lot had to be done if people’s perceptions needed to be changed and a more inclusive society had to be built. DSF went ahead and funded the film. “Most of the crew members worked for free on this film and the film happened because of the goodwill and help from a lot of people,” says Pavitra.
The shorter version of the film at 16 minutes was shown at the 11th World Down Syndrome Congress, that took place at Cape Town in 2012, on the final day of the conference. India pitched to organise the same conference in India and went ahead and won the pitch. The next World Down Syndrome Congress will take place in Chennai in 2015.
The documentary features the stories of Babli, Revathi, Arti, Manimeghalai, Archana, Sandhya, Ashwin, their families and how they face life on a daily basis. “I think what I learnt and what I was witness to was their spirit, their ability to love, see beyond barriers and to push outside barriers. They have so much to deal with - physically, intellectually and the way people perceive them as well. But they face all of it with so much dignity,” says Pavitra, who has previously directed Rooting for Roona, a film about a little girl suffering from hydrocephalus, a birth defect caused by a build-up of fluid in the brain leading to swelling of the head.
The short version of the film also won the ‘People’s Choice Award’ at the Delhi Shorts International Film Festival in 2012. It was also part of the ‘official selection’ of films at film festivals across the world such as the ‘Picture This Film Festival’ in Calgary, ‘The Thinline Film Festival’ in Texas, ‘The India International Film Festival of Tampa Bay’ in Florida and the ‘DocuWest Film Festival’. The feature version had its worldwide premiere at the Seattle South Asian Film Festival (Tasveer) in October last year and has since been doing the rounds of the film festival circuit.
Posted by DSD at 6:00 AM