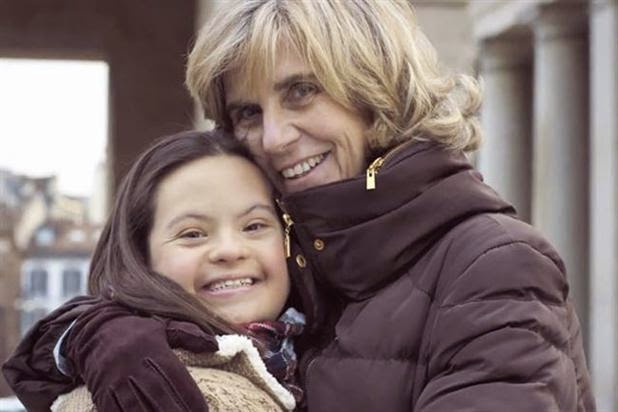 by Ben Hall from Campaign Live UK:
The Coordown ad, created by Saatchi & Saatchi Italy, shows people with Down Syndrome offering advice to a mother who is expecting a baby that has been diagnosed with the syndrome. At the end of the two-minute video, the speakers’ mothers join them on screen.
This week, the ad was shared 516,589 times – almost double its total last week.
"First kiss", which was created by Tatia Pilieva, ranks seventh this week. The ad, which shows supposed strangers kissing for the first time, was shared 51,453 times in the past seven days.
Elsewhere, an ad for Durex, created by TMW, was shared 83,262 times this week. The ad promotes the condom brand's #turnofftoturnon campaign around Earth Hour, in which consumers are encouraged to turn off all electricity for one hour.
The video features couples in romantic settings being distracted by smartphones and tablet devices, before rediscovering each other and turning off their devices. They then retire to their bedrooms where the lights are turned off.
The ad then shows lights across famous landmarks, such as the Houses of Parliament and the Taj Mahal, being extinguished. It was shared 83,262 times this week and ranks fourth in the chart.
The chart is collated and ranked based on data provided by Unruly lists ads on YouTube by the number of shares across Facebook, Twitter and the blogosphere. Ads older than 30 days are not included.