Bill key to making us ABLE 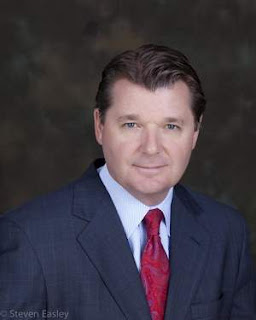 by Charles H. Gerhardt III from Cincinnati.com:
Charles H. Gerhardt III is president and founder of Cincinnati-based Government Strategies Group and chairman of the National Down Syndrome Society.
Today and Thursday, a dedicated group of advocates from the Down syndrome community will descend on Washington, D.C., to attempt something that voters in America have implored our lawmakers to do – work in a bipartisan fashion to pass a bill that will benefit millions of Americans without costing taxpayers.
The bill, the Achieving Better Life Experience (ABLE) Act, was introduced on Nov. 15, 2011, and now has 240 co-sponsors in the House and 38 in the Senate. It will give individuals with disabilities and their families the ability to plan and save for their child’s future just like every other American family.
Current federal law prohibits individuals with certain disabilities from possessing more than $2,000 in assets, earning a monthly income of more than $674 or engaging in “substantial gainful activity” without risk of losing services that Medicaid and Supplemental Security Income (SSI) provide.
People with physical and intellectual disabilities want to work and care for themselves but often need the assistance that Medicaid and SSI provide. Americans are taught to work hard and save their money. Unfortunately, current law forces many to do just the opposite – don’t work and don’t save.
I have three children, two sons and one daughter. My daughter, Anne, happens to have Down syndrome. My wife and I try to treat our children the same, and, for the most part, we have succeeded. But in one area, we cannot. We established 529 college savings accounts for our sons’ education and, with luck, will have them funded. For Anne, we have no such account. In order to save for her, we have to establish a complicated and expensive special needs trust.
Technically, we have to keep her destitute in order to care for her best. It is just not fair, nor is it smart. I want nothing more than for Anne to have the opportunity for “substantial gainful activity.” The more productive Anne is, the less reliant on your tax dollars she will be.
Our goal this week is to convince Congressional leaders to include the ABLE Act in any legislative package that might get passed during this lame-duck session. Fifty national disability organizations support the act, from the National Down Syndrome Society to Autism Speaks. It has the potential to help millions of people and right an egregious wrong. It is important legislation that deserves to be passed now.
I, like most parents, want the best for my kids. Our journey became a little different after Anne was born, but all families face their own hurdles. With the help of Congress, we can eliminate one very large and unfair hurdle standing in the way of millions of Americans.
Posted by DSD at 10:38 AM