Publix employee with Down Syndrome gets big surprise, pays it forward 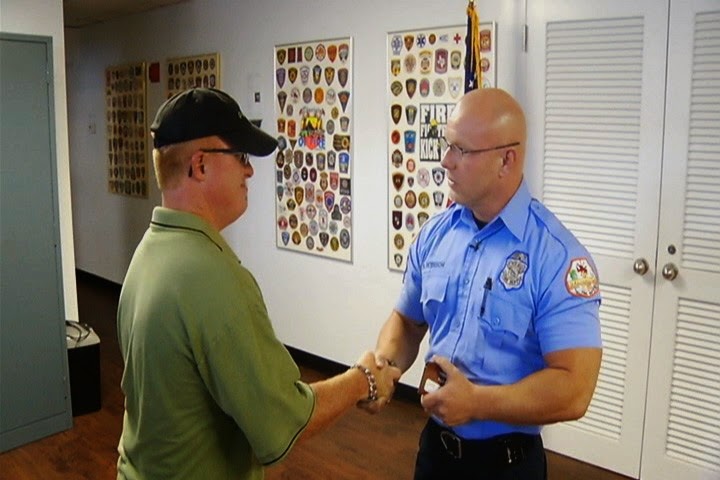 by Veronica Citron from Bay News 9: ST. PETE BEACH --  Sean Walerski is a staple at the Publix on Gulf Boulevard in St. Pete Beach. He’s been bagging groceries and stocking shelves there for 9 years.
“I love my customers,” the 29-year-old said.
Walerski has Down Syndrome and relies on his bike to get to work. That bike was stolen last week.
“Some people are rude ... not cool and not nice,” he said.
Upset about the theft, Walerski vented to shoppers going through the checkout line. Some of those shoppers were St. Pete Beach firefighters.
“We went into Publix the other day and saw our buddy Sean and he was upset. He told us it was because his bicycle was stolen,” said firefighter Brian Peterson.
The firefighters were moved and bought Walerski a new bike.
“Sean just reaches out to us every day ... makes us happy, makes us smile," Peterson said. "We just wanted to do something to repay that to him.”
Walerski wanted to pay it forward, too. He used the cash some shoppers gave him for a new bike to buy a Publix gift card for the firefighters at Station 23.
Sean’s mother, Rebecca Walerski, is grateful for the generosity.
“Thank you to all of the customers who’ve shown such kindness to him, and the guys at the fire station and everyone who's listened to his story,” she said.
Posted by DSD at 6:00 AM