Amiee Richardson stars as Punky in a new cartoon 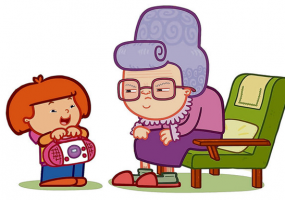 RTÉjr has just made history by broadcasting the world's first ever animated cartoon featuring a lead character with a disability.


Punky, produced by Monster Animation, tells the everyday adventures of a cute six-year-old girl who has Down Syndrome. The series is set to go global; negotiations with TV networks in the UK, Australia and Sweden are at an advanced stage, and it's hoped Punky will attract more buyers at the international TV market in Cannes next October.
The character of Punky is voiced by Aimée Richardson, a 29-year-old Dublin woman who has Down Syndrome.

Aimée is my cousin, six years my junior, and famous in our family long before her voiceover début with RTÉ. At the series launch in the Mansion House last week, Aimée said she hoped children of all ages might learn something from Punky about what it's like to have a disability and that it's not, as she put it, "all bad".
My cousin is one of about 5,000 people in Ireland with Down Syndrome, the genetic disorder that is a result of a child being born with an extra chromosome. It affects physical and mental development, and can be linked to a range of conditions including slow learning, congenital heart defects, digestive problems, weak muscle tone, eyesight and hearing difficulties.
Aimée was born with a hole in her heart, and had to undergo major valve surgery at the age of two. Before the operation, her parents were warned that she had a 50/50 chance of survival. She made it.
She also made it through full-time education in primary and secondary mainstream schools, becoming one of the first special-needs students in the country to sit her Leaving Cert Applied exams. School was tough. At home, Aimée was bathed in love and encouragement, her musical talent was nurtured, and she blossomed into a bright, affectionate child and young adult.

The outside world is not so kind. Children are painfully aware of being left out, and Aimée felt it keenly when she didn't get the calls and texts from the other kids to come and hang out at weekends or in the evenings after school.

Children were friendly and polite, but distant. She was frozen out. But what was remarkable was that Aimée was never resentful. She understood that they were teenagers too.

Aimée has no shortage of friends now, but she told me recently that looking back on her school days, it was "a bit of a challenge" for her to mix with people in a mainstream school who didn't have disabilities. But she added, "I can imagine it was a challenge for them as well, trying to mix with someone with a disability."
She persevered. In her twenties, Aimée completed a FETAC Level 5 course in childcare and worked with children over a two-year period at a pre-school centre.

A clear and considered speaker, she became an advocate for Down Syndrome Ireland and a member of their National Advisory Committee, helping to develop anti-bullying campaigns and generate political debate on disability issues before the recent election.

Aimée is currently recording an Irish-language version of Punky, and is practising her Irish at every opportunity, silently reading the bilingual signs on the DART and the Luas whenever she travels.
And yet, as she told me, discrimination can happen anywhere, at any time. Strangers sometimes stare, or avoid her gaze. "I certainly don't like being stared at," she said. "In the awareness campaigns with Down Syndrome Ireland, we're trying to put across the idea that, okay, we have a disability, but we're not stupid."
Aimée is the first person with special needs to be represented on the European Disability Forum, and has at least a dozen TV, radio and newspaper interviews under her belt. She made an off-the-cuff speech at the Mansion House last week which had her audience smiling through their tears.

Thanking her parents and colleagues, she described how she hopes the character will grow up so that people can understand more about having a disability when you're older.

Punky is being widely hailed as a role model for children with special needs. That she has Down Syndrome is mentioned in the opening credits, but thereafter she is just a fun-loving little girl who lives with her mum, her granny, her big brother, and makes sense of the world in her own way.

Punky is a character. Aimée Richardson is a real-life ambassador, but it is her humanity, not her disability, which make her special.

Her gentle ways have taught me a lot about acceptance, love, bravery and forgiveness. Punky is just as certain to win a worldwide army of fans, not for her cute haircut or her sense of mischief, but for her lion-hearted humanity in which we all claim a share, regardless of age or ability. 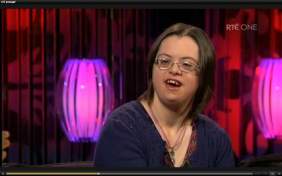