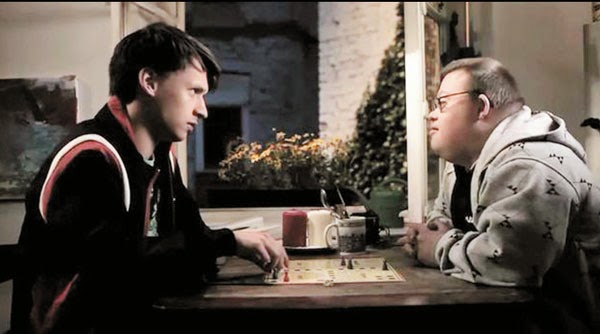 by Ashley Miller from Boise Weekly:
Nicole Lang says she's isn't too picky about what kind of movies she sees, but she definitely has a type. Her favorite film is something she saw two years ago that you have probably never heard of.
"It was called Be My Brother," she told Boise Weekly. "We showed it the first or second year of the Sprout Film Festival. And we're screening it again this year. It's really touching. ... It's incredible."
Lang doesn't program film festivals for a living, not by a long shot. She's the program director of Boise-based nonprofit The Arc, which has provided therapy, care and training for thousands of individuals with disabilities since 1956. But for the past few weeks, much of Lang's energy has been focused on the Sprout Film Festival and movies--movies that she said will make just about any audience laugh a little, cry a little and most importantly, see the world differently.
Each of the movies screened at the Sprout Festival turn the lens toward someone living with an intellectual or developmental disability. For example, this year's festival-goers will meet Garrett, a mixed-martial arts fighter with Down syndrome, and Joshua, who shares his daily challenges with Asperger's--Sprout films examine how being called "different" can impact a person's heart and soul. The film 46/47, one of Nicole's favorites from this year's festival, takes the stereotype of disability and flips it completely, asking viewers to imagine a world where Down syndrome is the norm and only those born with 46 chromosomes (people with Down syndrome are born with 47 chromosomes) are the ones stared at or pitied.
Presented by The Arc since its 2010 Idaho debut, Lang said Sprout is one of the best parts of her job:
"It is a powerful way to showcase the unique talents and abilities of people with [disabilities] and it highlights the incredible possibilities within them and all of us, really," she said.
Lang is a self-described "Sprout groupie," attending every screening of the festival here in Boise and a few at The Arc National Convention. But she says she's not constantly comparing attendance numbers or stressing about making sure everything is in perfect order.
In addition to the Egyptian Theatre, which will host the Sprout Festival for the fifth year on Friday, May 2, the 2014 edition will include screenings at The Flicks on Thursday, May 1. The change came, according to Lang, "in hopes of drawing a different crowd and exposing a whole group of people to these films." She added, "Typically people drawn to the festival are people already connected to the issues, either through working with someone with disabilities or knowing them personally. But with the additional screenings, Sprout is designed to help push The Arc's core value, that of breaking down barriers."
One of the highlights of The Flicks screenings is Lang's favorite, Be My Brother, about a man with Down syndrome and the friendships he forges at a bus stop.
Particularly exciting is a special screening for Treasure Valley students, on Friday, May 2, at the Egyptian, designed to "facilitate a conversation with young people that raises awareness and sensitivity. We want to assist students in understanding that we are all much more alike than different," Lang said.
In 2013, the family friendly student screening attracted approximately 200 students (admission is free to all K-12 students). Lang said she expected this year's student attendance to double.
The Flicks had originally overbooked traditional movies for the entire month of May, and Lang said she was worried that the theater might not be able to screen some of this year's offerings.
"But Carole [Skinner, owner of The Flicks] paused a moment, and said, 'For you folks--I'll definitely do it.' Needless to say, we have really enjoyed working with The Flicks."
"They're touching, inspiring and important," Lang said of the films. "You will often see films where a character is a person with a disability, but the character is played by an actor without a disability. Sprout is an excellent avenue to educate the general public that that should no longer be the norm. People with intellectual and developmental disabilities, just as anyone else, can be amazing actors and performers of all kinds."
Posted by DSD at 10:52 AM