Australia may help surrogate mom left with baby with Down syndrome 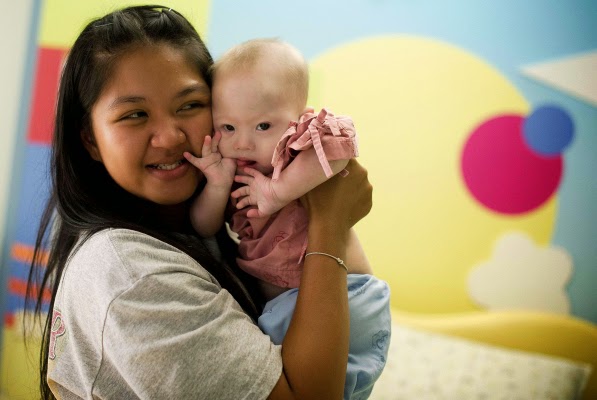 by Leonard Greene from The New York Post:
The Australian government said Sunday it wants to help an impoverished surrogate mom who was left with a Down-syndrome son after the couple who paid her to have their children fled with his healthy twin sister.
Pattaramon Chanbua, 21, gave birth to twins despite the couple’s plea to end the pregnancy over concerns about the boy’s health. He was also born with heart problems diagnosed during the pregnancy.
Chanbua, a food vendor, has been since unable to afford medical bills for the 6-month-old boy.
“I guess it illustrates some of the pitfalls involved in this particular business,” said Australian Prime Minister Tony Abbott. “I hate to think that a child could be abandoned like that.”
Abbott said it might be possible for the country to provide financial support for the boy and his mother.
Posted by DSD at 1:21 PM