GiGi's Playhouse event to help give a voice for Down Syndrome

by Kristie VerMulm from KITV 4:
A group that provides teaching and support to those with Down Syndrome is raising money to help serve more Siouxlanders.
GiGi's Playhouse was started in Chicago ten years ago by Nancy Gianni, when her daughter was born with Down Syndrome.
Now, there are more than a dozen other centers including one in Sioux City. It opened in 2009 and the numbers have grown steadily since. 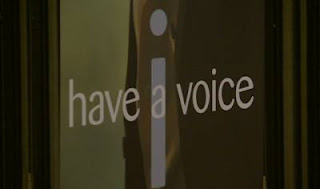 GiGi's Playhouse is hosting its "I Have a Voice" gala on Saturday, February 23, at the Marina Inn in South Sioux City, Nebraska. Besides dinner, the event includes both a live and silent auction.
Tickets are still available. They're $75 a piece or a table of eight for $600. They can be purchased by clicking here or by calling (712) 226-PLAY.
If you want more information about GiGi's Playhouse click here.
Posted by DSD at 5:00 AM

Email ThisBlogThis!Share to TwitterShare to FacebookShare to Pinterest
Labels: advocacy, Down syndrome, fundraising, GiGi's Playhouse, I Have a Voice Gala