"Actors with Down Syndrome" article by Entertainment Weekly 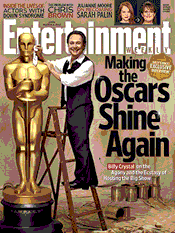 from Down Syndrome in the arts and media (www.dsiam.org):

After years of supplying talent with developmental disabilities to casting directors in Hollywood for films and television and across the U.S. for commercial advertising and industrial films, media activist and consultant Gail Williamson has created a website just for talent who have Down syndrome or other developmental disabilities.  Down Syndrome in Arts & Media, DSiAM pronounced “D.S. I am” is now on line and collecting talent for its data base. Williamson says, “There is so much talent out there and people are constantly looking for them, searching group internet sites and asking around, I thought the talent deserved a place to be located, sort of a one stop shop, to better show the world their abilities.”